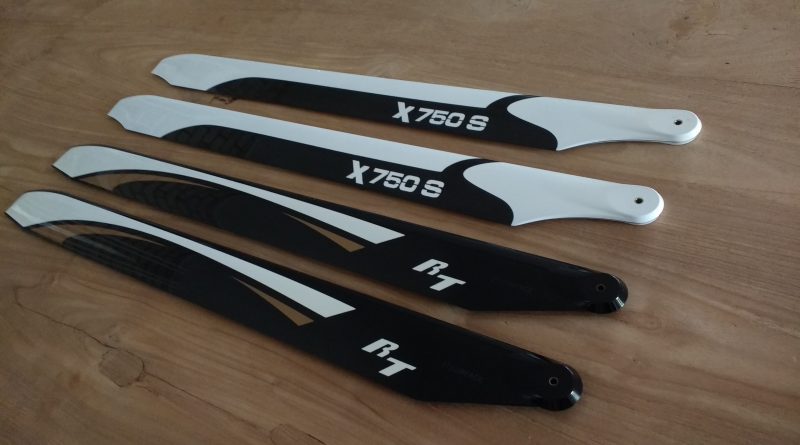 Last weekend I did a few tests with the Rigid2. The xblades 750s, 3D blades, were very maneuverable. The helicopter was not stable at a low RPM and with a bit of speed. After some research and help from Timo Wendtland, I decided to buy the RotorTech 760mm blades. They should suit my flight style (speed, large loops and slow SOFT 3D). 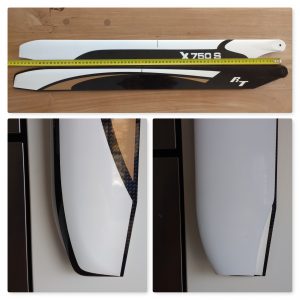 The difference in flight performance (3D, FAI or speed) could quickly be determined by measuring the central gravity point.
Xblade 750s = 36 cm from blade grip
RT 760mm = 40 cm from blade grip
As shown in the pictures, the RotorTech blade has a slightly more neutral hanging position, compared to the Xblades which are a leaning a bit forward.
This all explained the maneuverability / in-stable behavior in low speed of the Xblade 750s
The RotorTech where bought as B-surface, those blades had a lower price (89 Euro) and where EXTRA discounted with 17% at www.facebook.com/rcmarket. Lucky me 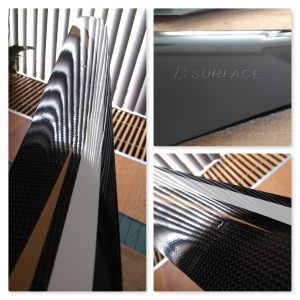 If the RotorTech perform as planned I also want to test the 810mm on the Rigid2.

Note1: I was not able to weigh the blades
Note2: the RotorTech blades are tested at RotorTech at a speed of 2800 RPM, at least that is what they told me.