The Vario Skyfox was my first RC-helicopter where I learned the basics of helicopter flying. The machine was bought second hand from the model airfield club in Landgraaf (Sunflyers) where I started my RC-helicopter career. Remembering the first flight where after one week practice at a home simulator in mode-2, I needed to switch to mode-1 (everybody at the club uses mode-1). So in my first attempt I found that 1 week of practice was useless and I overestimated myself and made a small tail crash. This resulted in a gearbox defect and curved tail rotor axis. 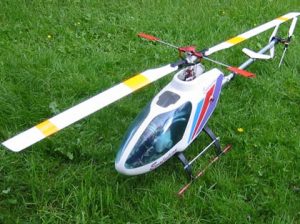 This machine had an old-timer mechanical gyro on board, was equipped with a 10cc NovaRossi engine with extreme compression. This compression was so good that I only had to glow the glow plug the first run of the day. All other restarts the ignition accorded on the compression this engine produced.

With this machine was perfect in size for learning, I used all the basics of RC-helicopter flying

All other moves like looping and rolls where after one year of extensive practice to much for the machine. I bought a new engine the Webra 61 AAR but for my more need for power and agility the helicopter did not performed.

This where the years of  1998 and 1999 where I burned litters and litters of methanol in the Vario Skyfox. Almost every day you could find me at the airfield, practicing. The virus of RC-helicopter got in my blood and stayed there! 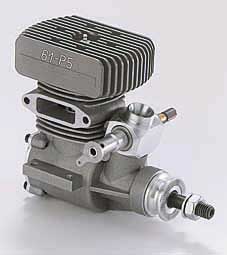 So that was the time I saved money for my first Henseleit Three Dee NT. I college of the mine at the flight field always flew the Three Dee V4 which was a remarkable helicopter for 3D flying and the new generation of helicopters was coming with the Three Dee NT. Saving all my money to get my hand on this one, and still in possession a NT of the first batch.

The machanics uses a wind tunnel for forced air cooling by placing a fan a the crankshaft of the engine.

The manual is still available at Vario Helicopters. 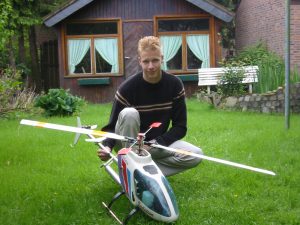 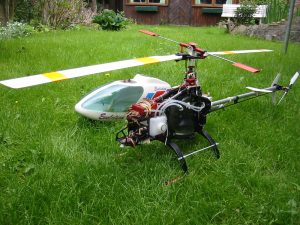 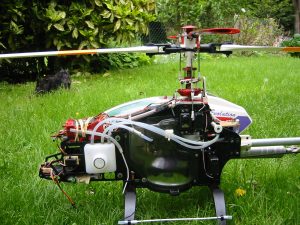