The Swashplate of a helicopter

A helicopter’s main rotor is the most important part of the vehicle. It provides the lift that allows the helicopter to fly, as well as the control that allows the helicopter to move laterally, make turns and change altitude. To handle all of these tasks, the rotor must first be incredibly strong. It must also be able to adjust the angle of the rotor blades with each revolution they make. The pilot communicates these adjustments through a device known as the swash plate assembly. 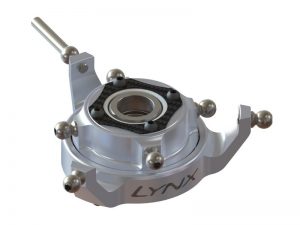